Is a Non-Disclosure Agreement Right for You? 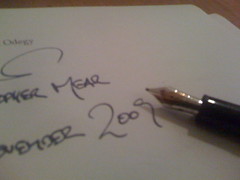 While it can help to have the NDA as part of your freelance arrangement, there are times when it the NDA just doesn't matter, and probably isn't worth the trouble.

When the NDA Makes Sense

Think about the time of information a freelancer or other employee might have access to. For the most part, it's about protecting secrets from your competitors. You might have a specific procedure that gives you an edge, or you might be working on a project that includes proprietary data that you don't want shared widely.

Trade secrets and other non-technical information can also be protected by NDA. It also makes sense to use the non-disclosure if you don't want contract workers and employees talking about details of their compensation with others.

In these cases, you can use the NDA to help ensure that your employees and freelancers are less inclined to share information with others when they move on. You don't want an employee with access to highly sensitive information to be able to take that knowledge to the next job, and possibly give the information to your competitor. The same is true of a contractor who may have access to specific information that you don't want “out there.”

Some types of intellectual property aren't worth the trouble of a non-disclosure agreement or clause. If you have filed a patent, for example, the NDA forbidding disclosure of how an invention works is pointless; it's all available to the public anyway. It's also difficult to enforce NDAs that are the result of working with partners and investors as you brainstorm topics or strategies. In these cases, pinning down what's considered proprietary and what “belongs” to a specific person or business is tricky.

Your next consideration is whether or not you can enforce the NDA. In order to come out ahead when you force the issue, you need to show that the person either acquired the information he or she is sharing by “improper means” or that the person is taking the information learned and using it to help a competitor. You have to be able to show that the former employee or contractor is doing so willfully, and actively taking what has been learned and disclosing trade secrets for his or her own monetary gain, or to help someone else in that manner.

The most common method of enforcement is to as for monetary damages by suing in court. It's also possible to have an injunction against the person, in order to get him or her to stop sharing the information with others or face penalties from the court.

Ultimately, it's about showing that the person has taken information that you deem a trade secret or proprietary, and that he or she is using it inappropriately and sharing it with others. It can be costly in terms of time and money. As a result, it's important for you to weigh the financial damage done by the disclosure of the information protected by the NDA against the costs you will incur as you attempt to collect damages for the breach.

Toptal is known for how heavily they vet their freelancers and are renowned for their reliability in providing the best freelance candidates for a variety of business services. But is Toptal the best option for finding...

The COVID-19 pandemic has forced practically every business to change its financial strategy. Now more than ever, companies are looking for strategies to save money to improve their profit margins as much as possible...

Text messaging marketing, or SMS marketing, has become increasingly popular because of its high returns on investment (ROI). In fact, the average ROI for SMS marketing in 2021 can be nearly 500% when properly...

Branding for cannabis companies, dispensaries, and other marijuana-based businesses is a critical step to long-term financial success. In the below guide, we'll outline the growth of the cannabis industry and how it has...