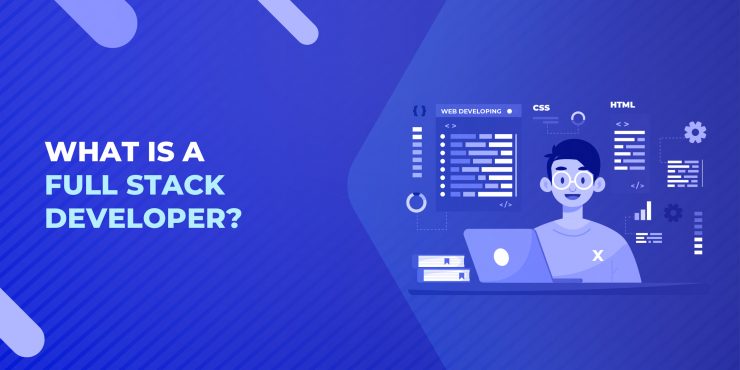 What is a Full Stack Developer?

A full stack developer is a person who has expertise in both the back-end and front-end of an application. They might know about database design, server configuration, user interface design, and more. In this blog post we will explore what it means to be a full stack developer as well as the advantages and disadvantages of being one.

Front End vs Back End vs Full Stack Development 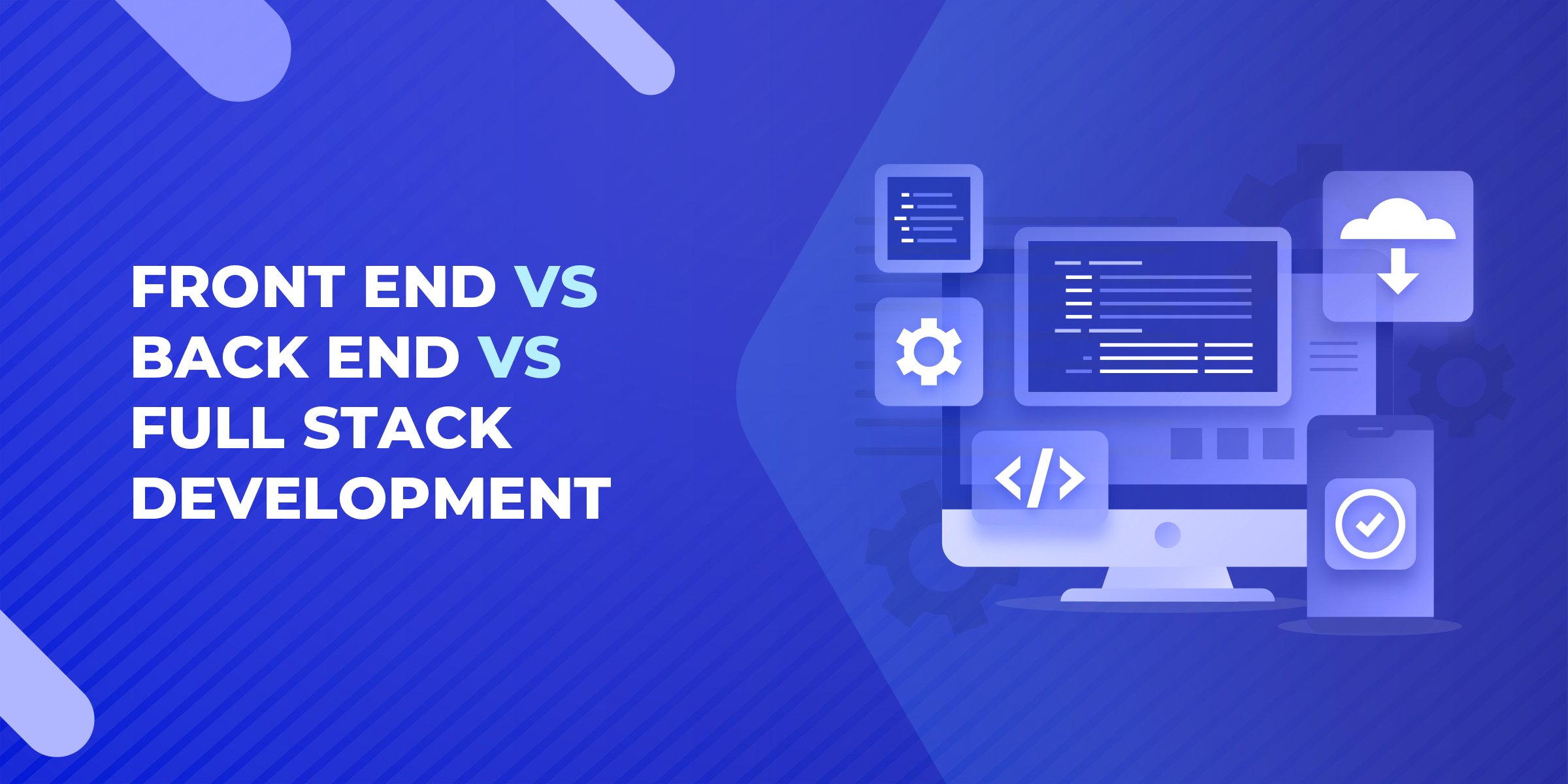 Although it is highly likely that specializations will continue to crop up over time, there are three main categories of developers. Whether the individual is building an app, creating a design, working in a database, or more, numerous skills typically fit into one of following three development roles.

With the aforementioned summaries in mind, let's look deeper into each specialty. The following guide was created to break down each development role, as well as the skills required to fulfill duties on a daily basis. Let's clarify the lines between each type of developer's capacity, and set the record straight once and for all.

Did you know that everything that appears as a website loads, such as images, colors, text, buttons, font, and more, must all be taken into consideration by the front end developer?

This career requires a specific skill set geared more toward the visual aspects of an app or website. Front end development takes great care in perfecting layouts, however, looks alone are not enough to get you by as a front end developer.

You must have a full understanding of how you may streamline the appearance across mobile devices and browsers alike. Essentially, a front end developer must have strong skills in both HTML and CSS, JavaScript and other languages. When an individual is efficient at coding in these languages, they are fully capable of working with code that manipulates a website into appearing however desired.

Front end developers are committed to creating the ultimate user experience, from manipulating colors for a specific response, to creating elements visitors may interact with. It's for this reason that it is extremely helpful for a front end developer to have strong abilities in Illustrator, and Photoshop within their wheelhouse. This is simply because this role is highly dependent upon the creation of visual aspects, including: graphics, logos, buttons, themes, and other layout elements.

Through the creation, editing, updating, and recollection of data, back end developers utilize various processes to complete their task. For example, a back end developer will use scripting languages on a daily basis, such as: Python, Ruby, and PHP.

Often times a back end and front end web developer will work with each other, or at least coordinate their efforts. A back end developer must be fully capable of writing code efficient at receiving info that was inputted by a user. This info is stored in a database, which was also most likely built by a back end developer.

Furthermore, server management is another skill a back end developer must be able to complete, especially in situations where apps host databases, serving up websites, etc.

Otherwise, a company may use cloud-based platforms for said infrastructure, utilizing companies such as Amazon Web Services, and the like. These tasks are crucial to back end web development overall, especially when it's necessary to include additional users through website scaling, or through troubleshooting applications.

A full stack developer is a front-end and backend developer rolled up into one individual. They are efficient in all of the necessary programming languages, frameworks, with confidence working in server settings, hosting environments, or completing networking tasks without flinching. Full stack web developers have most likely dedicated themselves to years of experience working in both roles. They are well-versed in user experience, business logic, while also being more than willing to get hands on.

A Rundown on Frameworks

Frameworks have become a popular resource, especially when projects want to avoid unnecessary code development. Developers turn to frameworks when they are also looking to avoid repeating the same tasks for websites utilizing the same code. In turn, frameworks make the process of development much more efficient, and less stressful. jQuery, for example, is a library that is very popular with JavaScript leaning front end developers. This better enables these types of developers to utilize various functions that were already tested by other developers.

React, Vue, and AngularJS are a few examples of JavaScript frameworks, which both work to solve various challenges experienced by front end developers in the midst of implementing conventions within websites. On the back end aspect, Rails offers a framework for popular programming languages such as: Laravel, Django, and more.

To put it bluntly, frameworks make the life of a developer much easier. By utilizing developed sets of conventions, which may be adopted for various processes, developers not only save time, but spend less of it frustrated with testing and more.

The Pros & Cons of Being a Full Stack Web Developer 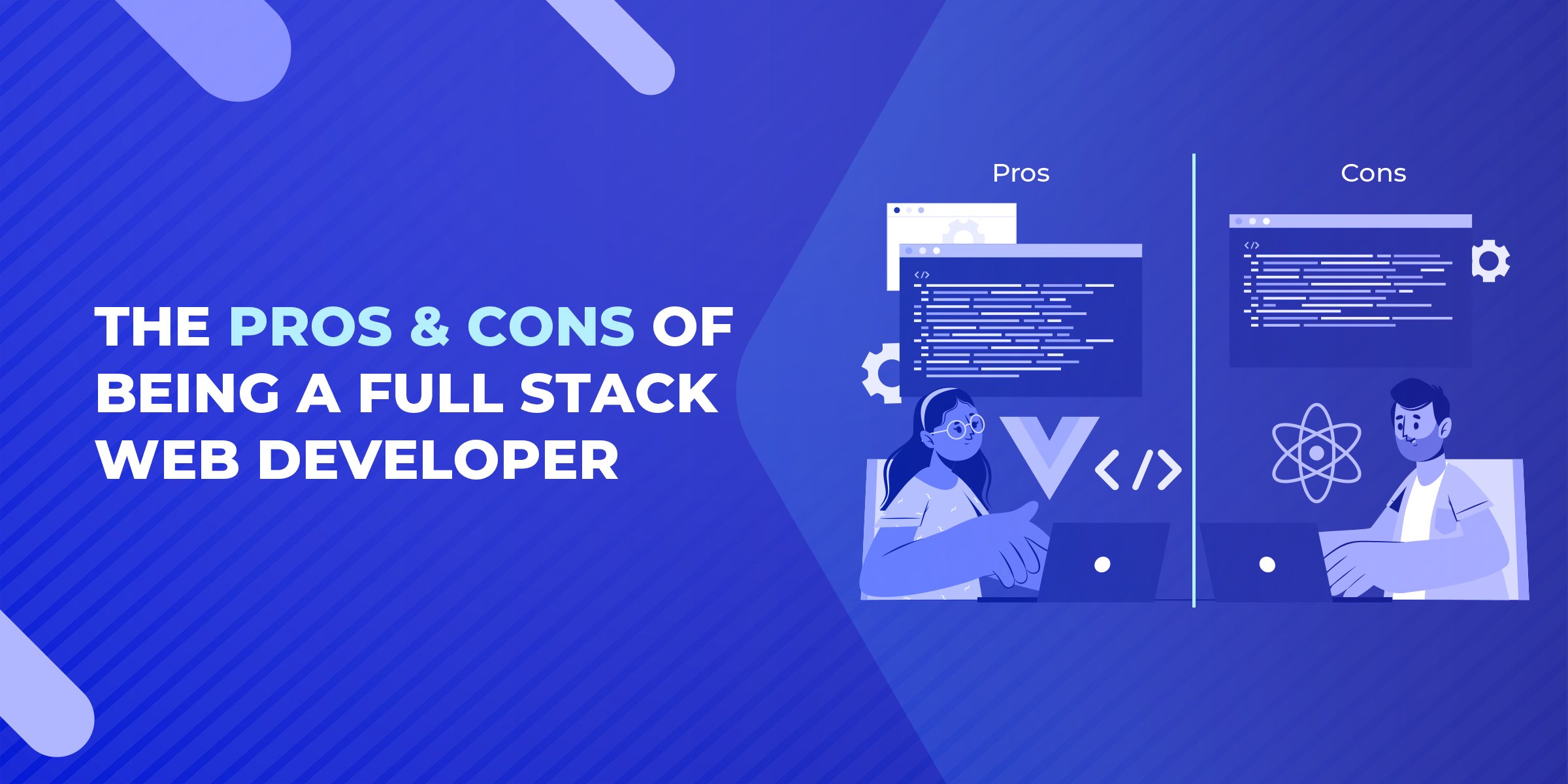 Within the role of a full stack web developer, you will be better equipped to assist on projects with all members of a team. Additionally, you will have become a master at any of the techniques involved in development, and you will be able to make prototypes quickly. Having individuals with this type of skill set better enables a company to reduce the cost associated with numerous projects, while also reducing time spent on communication between teams. Furthermore, if you were still unsure of whether it's worth the time, you will be given the choice to switch between front end and back end development roles as required. For example, you can fill in as needed, making yourself invaluable to a team or company.

Some of the disadvantages of being a full stack web developer include the complexity that continues to increase with time. Sometimes the solutions chosen by a full stack developer may be completely wrong for any given project. Solutions may also be highly dependent upon an individual's skills as a developer. With time, this can put a key person at risk. While the cons are greatly outweighed by pros, they are still something that should be considered before taking the plunge into such a complex field.

How to Become a Full Stack Developer 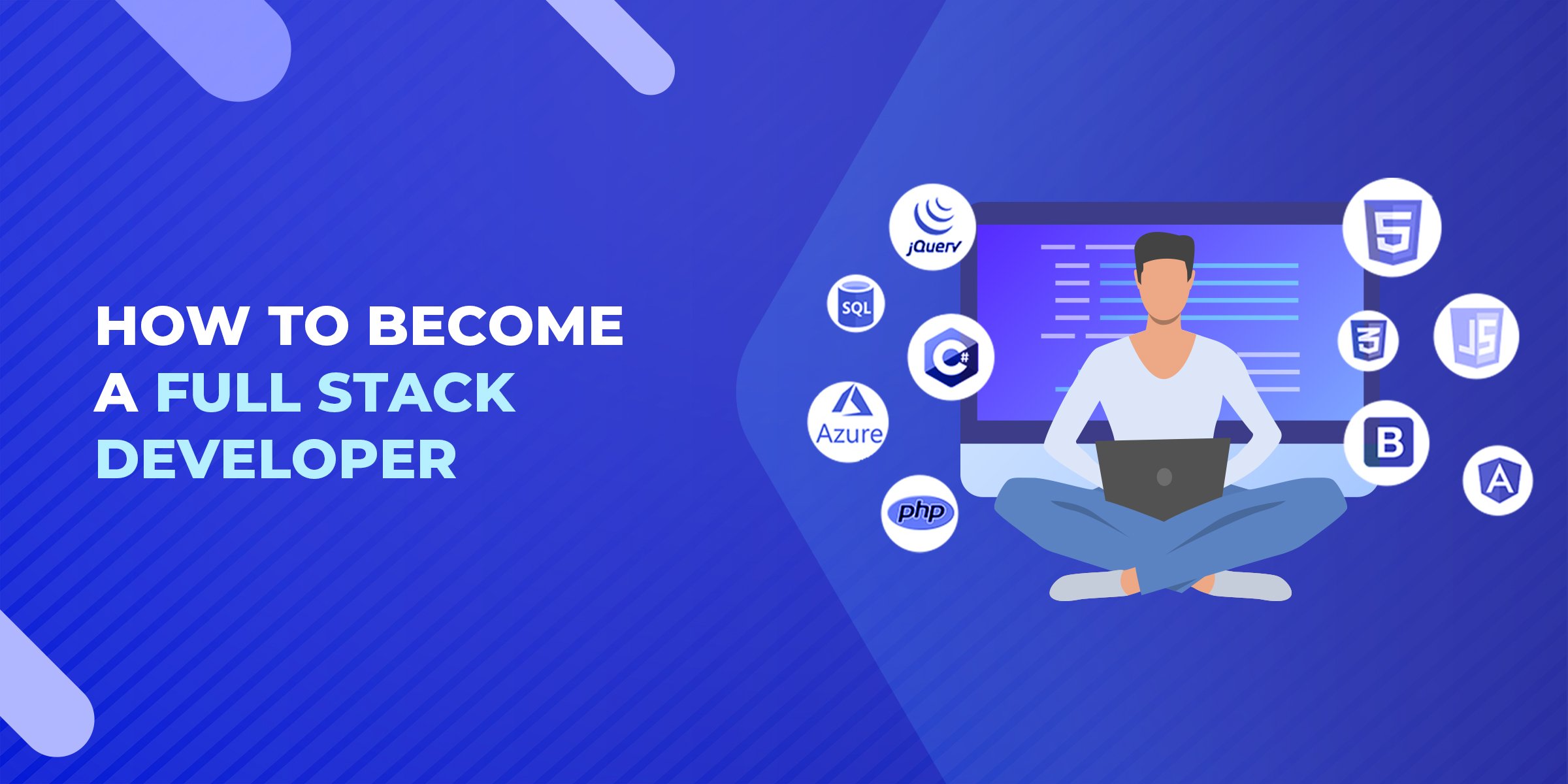 Becoming a full stack developer isn't something that happens overnight. Acquiring extensive skills both on the frontend and backend requires time and effort. This will come from years of experience in the field working on open source, contract, and full-time gigs.

There are a number of different educational paths that you can take to become a software developer. Some are more focused on programming skills while others are more focused on the business side of things. There are some open-sourced educational programs and a lot of websites where you can learn how to code for free. For example, Codeacademy and Khan Academy have a number of lessons for both beginners and experts. Websites like StackOverflow are also great references for developers.

Beyond free educational programs and resources, you can go the route of joining a paid coding bootcamp. These bootcamps are intensive and will require you to spend all of your time learning code. However, the payoff is huge as these classes have proved very successful in helping people find jobs in software development.

Lastly, there is the traditional method of learning to become a full stack developer through colleges, universities, and other educational institutions. This route will require you to put in a lot of time and effort. It's also a heck of a lot more expensive. You might not be able to find a job as fast with this approach, but you'll have more security on the long-term due to your degree.

What Does a Full Stack Developer Need to Know? 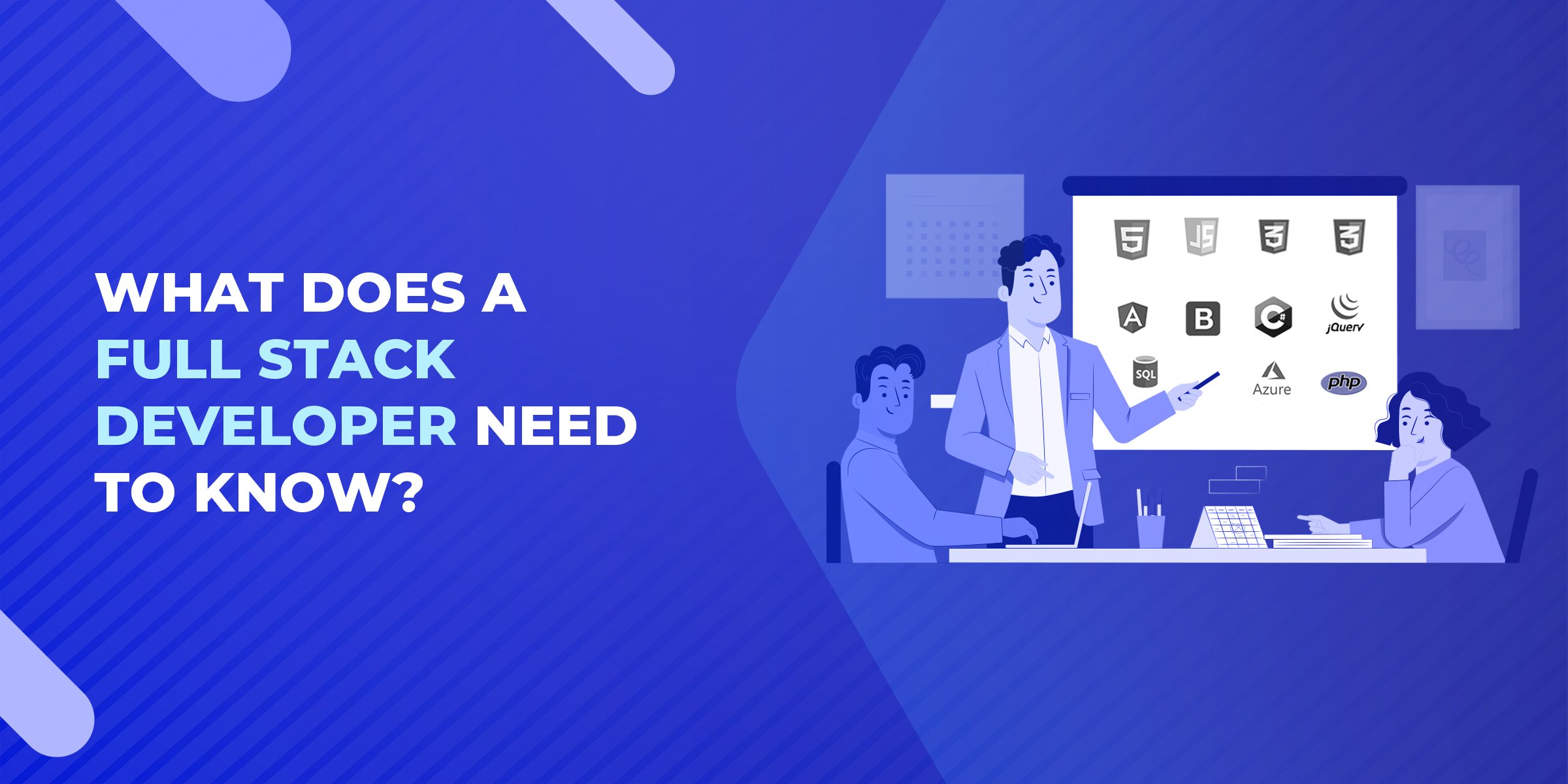 Some skills required for full stack development include: