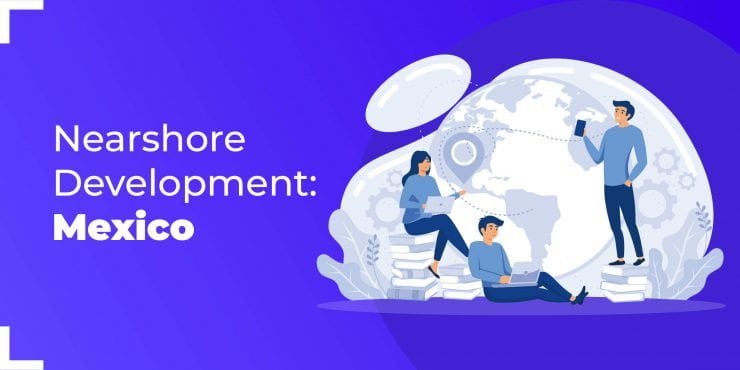 Nearshore Development in Mexico: Why You Should Hire

If you’ve looked into offshoring or offshore outsourcing, you’ve seen how much more cost-effective it can be than hiring in-house software developers in the U.S. But the timezone differences and distance are drawbacks that, while workable, are certainly felt.

What if there was a happy medium where your team could keep development costs low while working with world-class developers in your same timezone?

What Is Nearshore Outsourcing? 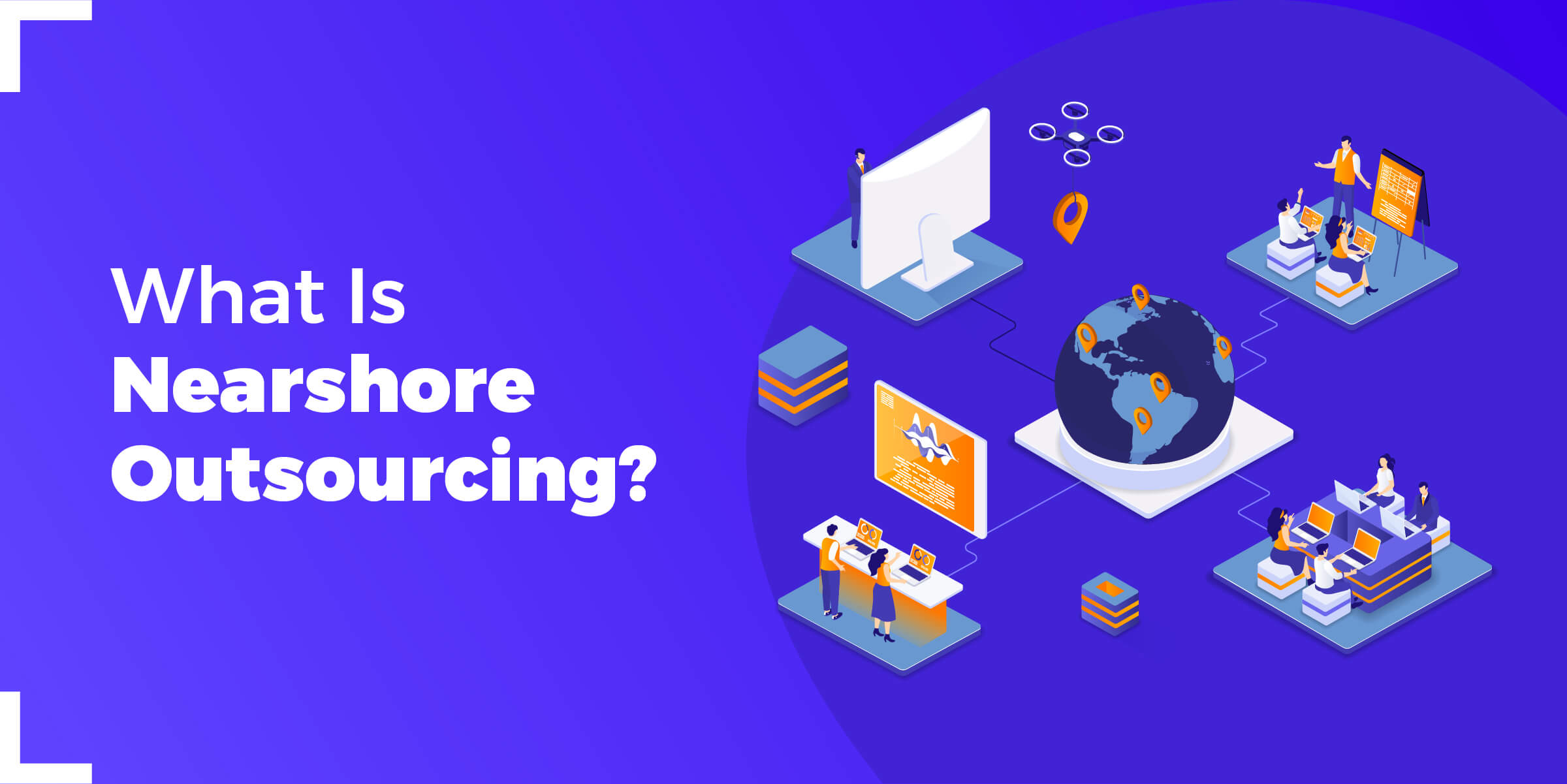 Nearshore outsourcing is the process of hiring software developers or dedicated development teams in another country that’s relatively close to your own.

Companies that participate in nearshore outsourcing do so because it saves money compared to hiring in-house developers while working with teams in countries that aren’t as far away or overseas.

IT in Mexico Snapshot 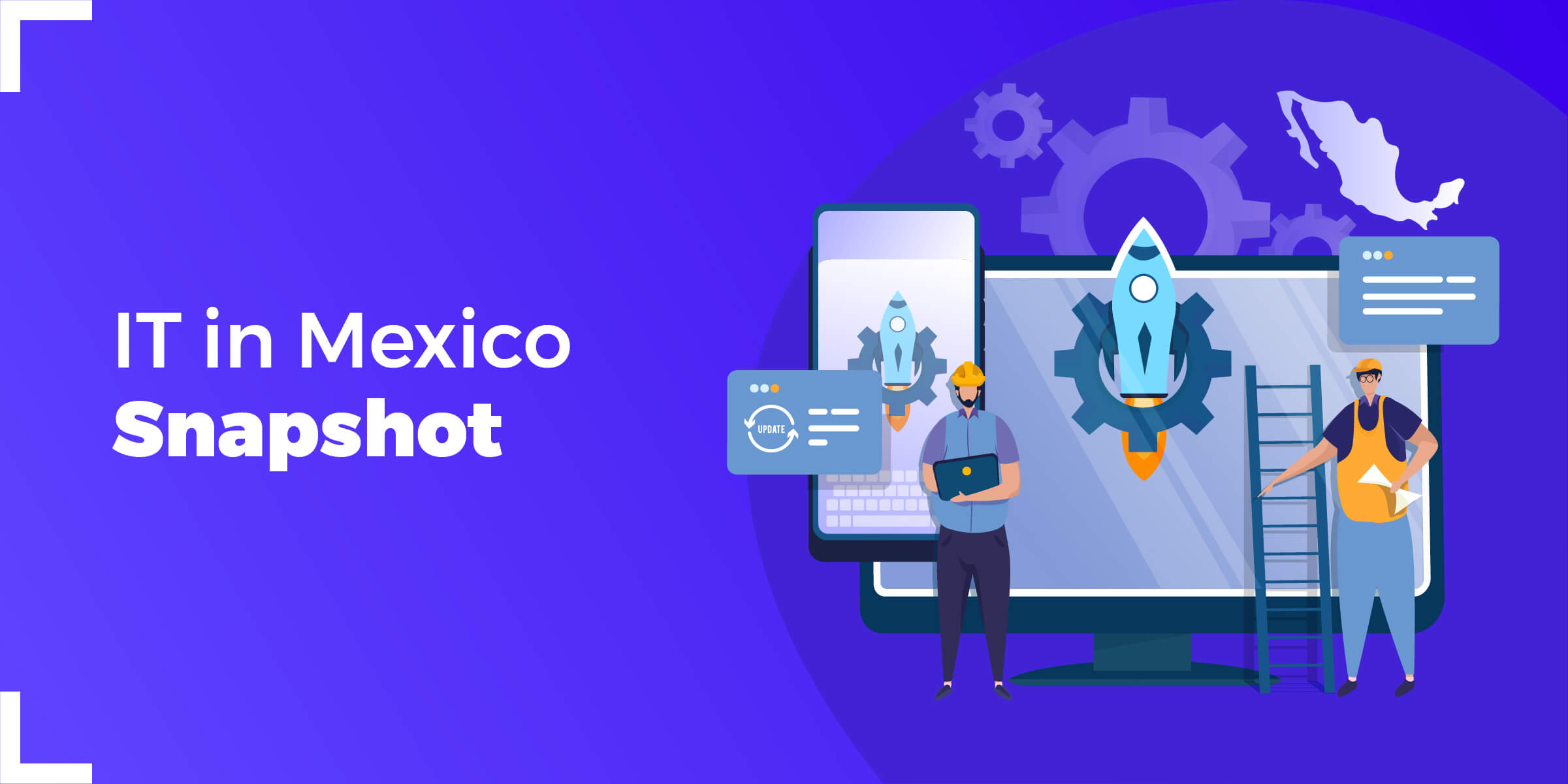 It may come as a surprise to some, but Mexico has intentionally become an IT hub in recent years.

In fact, the Mexican government in has created 38 IT clusters across the country with high-quality and reliable internet, electricity connections, and cutting-edge technology.

Here are a few other specifics that offer some perspective into what IT in Mexico looks like.

One of the biggest benefits of outsourcing to Mexico is that the time zone isn’t dramatically different, which allows for easier collaboration in real-time when compared to popular development outsourcing locations like India and the Philippines.

Mexico spans four different time zones that align with those in the U.S.: Eastern, Central (which most of Mexico is in), Mountain, and Pacific. So if you worked in New York and outsourced work to a developer in Mexico City, the time difference would be the same as if you hired a freelancer in Chicago.

In recent years, rates have been increasing slightly due to the level of skill and talent that software developers in the country have amassed.

That being said, the average hourly rate for a software engineer is between $25 and $50.

The rates vary widely based on how much experience the software developer has and what their specialty is. According to Glassdoor, the median salary of a software engineer is $61,154.

The largest tech city in Mexico is Guadalajara, which is regarded as the “Silicon Valley” of Mexico. IBM, Intel, HP, and Foxconn, the Chinese company that manufactures iPhones, have all had major manufacturing plants in the city, dating way back to the 80s. Today, the city has over 600 startups headquartered there.

The second largest tech city is Monterrey, Mexico’s most “American” city, which is due in part to the fact that the city sits so close to the U.S.-Mexico border. The city has housed operational centers for major companies like Coca-Cola, Cemex, and FEMSA.

Another large tech city is the country’s capital, Mexico City. With a population of over 21 million, Mexico City is home to the largest portion of fintech start-ups in the country.

Aside from cutting costs, the biggest reason why so many tech companies are nearshoring software development to Mexico is that the developers are some of the best in the world.

Universidad Nacional Autónoma de México or UNAM (The National Autonomous University of Mexico), located in Mexico City, is not only the most prestigious in the country but also the largest university in Latin America. The university offers Bachelor’s, Master’s, and Ph.D. degree programs in computer science and engineering.

Commonly referred to as Tecnologico de Monterrey, the Monterrey Institute of Technology and Higher Education is one of the most prestigious in all of Latin America, being one of just 45 universities that received a five-star rating from the QS World University Rankings. Students can pursue degrees in Bio-inspired algorithms, Models of Machine Learning, Bioinformatics and Biomedicine, and Data Science and Applied Mathematics.

Another university worth mentioning is Instituto Politécnico Nacional (IPN), the National Polytechnic Institute. The third-highest-ranked university in the country, IPN also has the second-highest score in Mexico for international research partnerships and was recently ranked among the world’s best universities for multiple engineering and tech disciplines.

Mexico has a huge talent pool of over 225,000 software developers across multiple disciplines.

There are some disciplines within the software space that Mexican developers are particularly skilled in.

According to Coursera’s report, Mexico is #1 in the world for both Python and C/C++ programming.

Why Is Mexico a Major Nearshore Software Development Option? 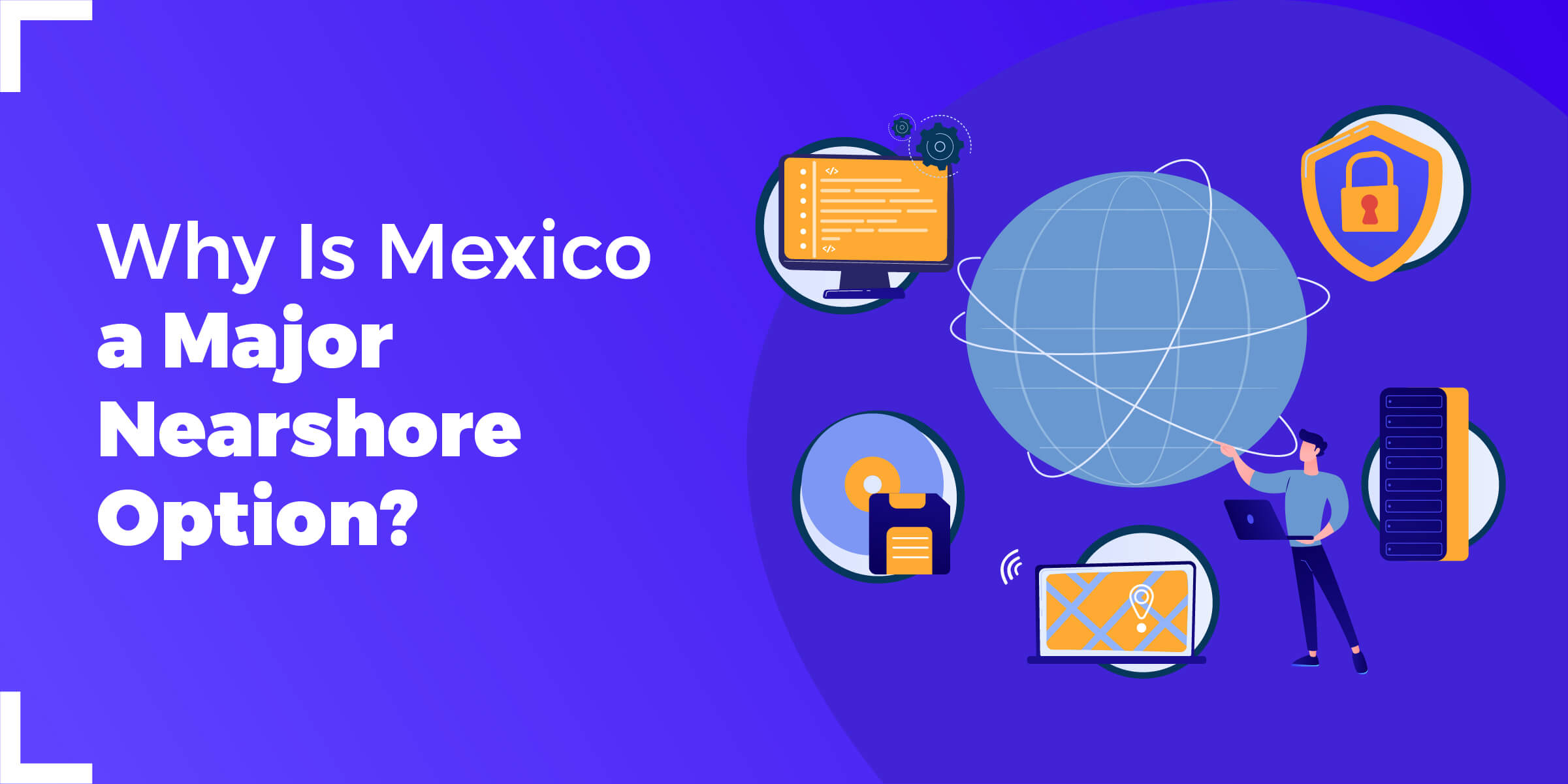 Besides the amazing beaches and tequila, here are a few reasons you should consider doing business in Mexico.

Mexico’s recent influx in all things software development is by design.

Both developers and the government have made significant investments in advancing Mexico’s IT offerings by creating multiple technological parks to open large facilities and offices (Monterrey Technology Park, Apodaca Technology Park, and Guadalajara Software Center, just to name three.)

Private investors and government bodies seem committed to continuing the upward trend in becoming a digital hub, making it a good option to outsource work.

This new act promised to create free trade between Mexico, the U.S., and Canada.

The USMCA established a committee on Intellectual Property (IP) rights, comprised of government officials from each country that will “identify appropriate opportunities to increase cooperation between the Parties on trade-related intellectual property rights protection and enforcement.”

Ultimately, this is intended to open a more collaborative environment between the three countries.

One of the benefits that nearshoring has over offshoring is physical proximity.

If companies need to do any work or collaboration in person, it’s much easier to hop on a flight to Mexico than one that’s 20 hours or more to an overseas country.

Though much of the development work in software can take place remotely with occasional check-ins, there’s a lot to be said for having an occasional face-to-face (even over Zoom) meeting with your collaborators.

Having developers working in the same time zone as your company allows you to collaborate and communicate in real time, whether that be through Zoom or even messaging. This cuts down on having to wait for it to be daytime in the country your offshore developer is in.

With impressive skill scores and advanced degrees offered by world-class universities, Mexico has a wealth of talent in software development that is able to deliver high-quality work to companies in the U.S.

Since the cost of living in Mexico is lower, U.S. dollars go further there than in the U.S. For this reason, hourly rates are lower there, allowing U.S. companies to hire talent for a fraction of the cost.

You may be able to find a skilled full-stack developer for a fraction of the cost! 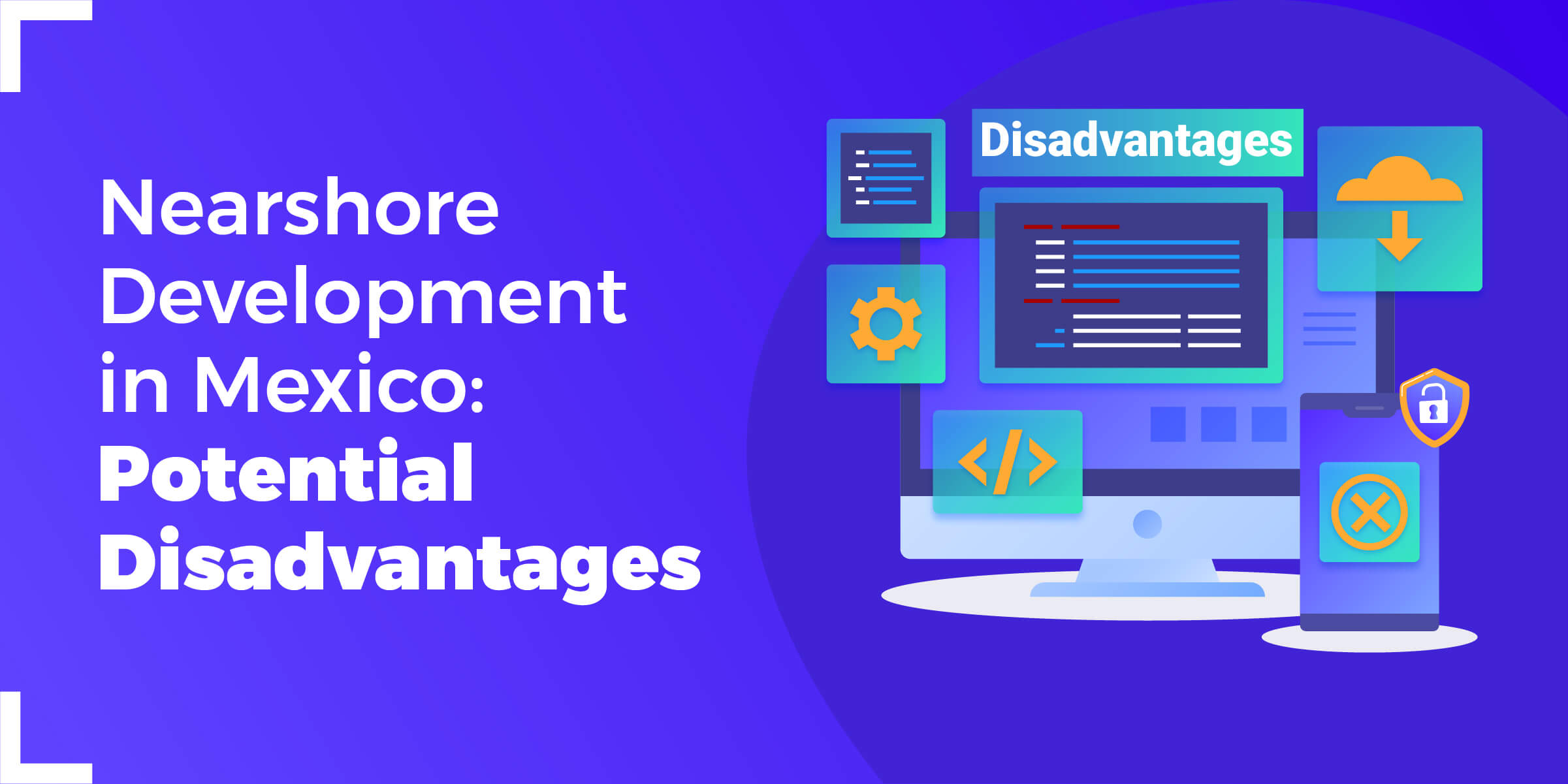 A few of the drawbacks to nearshoring development to Mexico are: 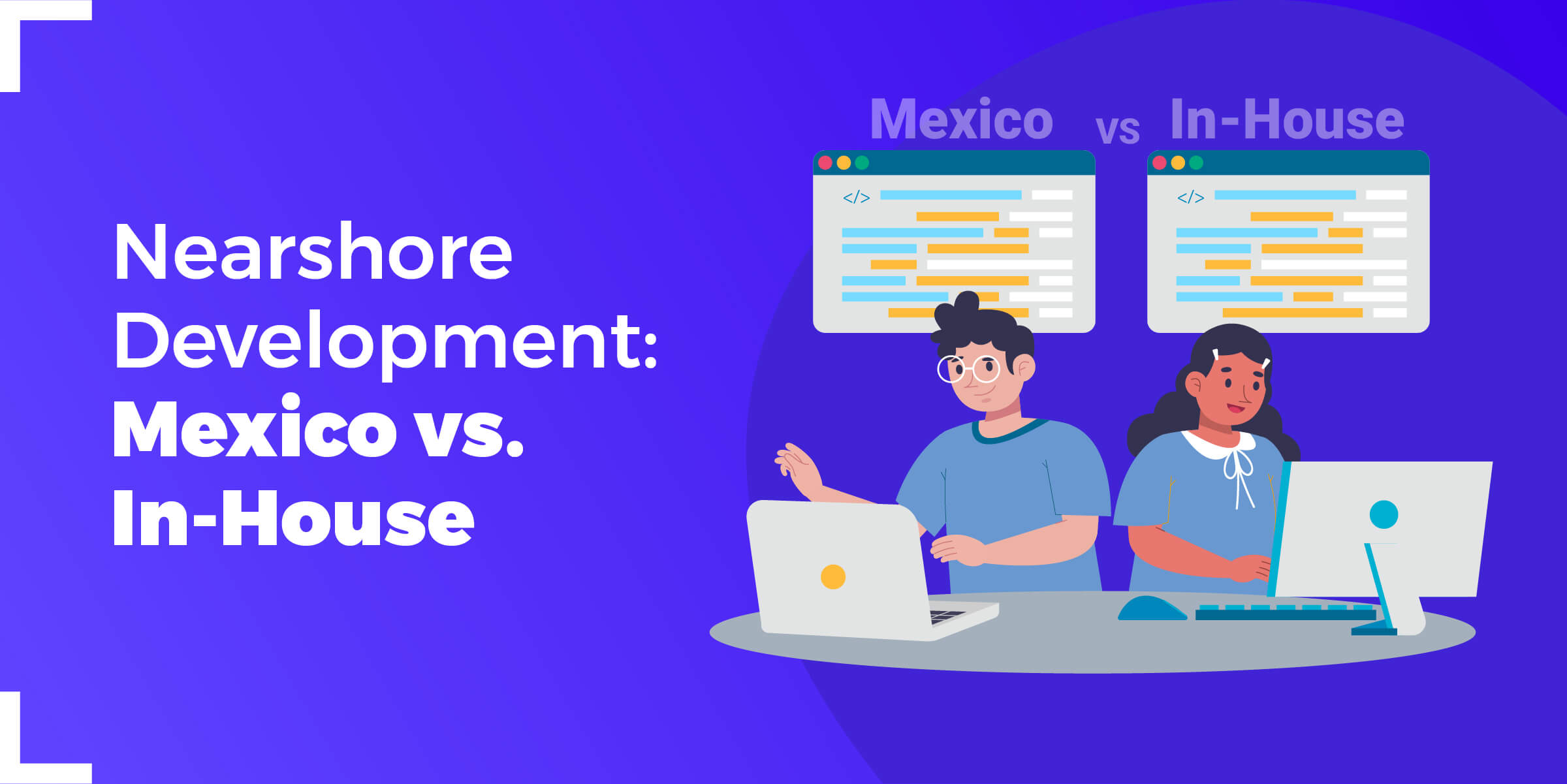 How does nearshore software development in Mexico compare to hiring in-house in terms of the numbers?

In general, the cost of hiring a nearshore developer in Mexico is much lower than hiring someone in-house. Developers in Mexico have a similar level of experience and skills to developers in the U.S., and the time zones are very similar, making it a viable alternative to hiring an in-house developer. 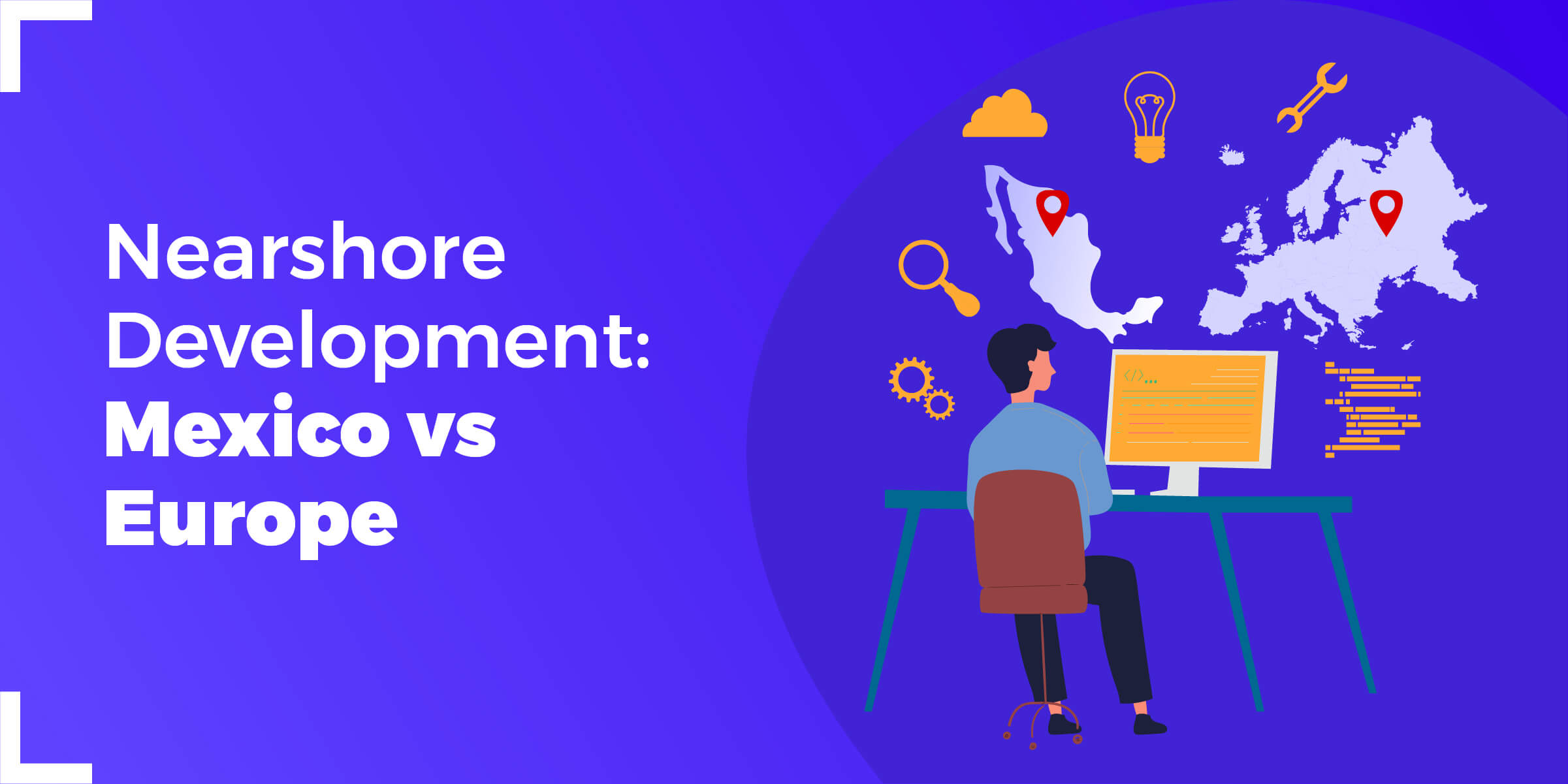 Another alternative way to outsource development is to hire developers from overseas, often ones who are located in Europe.

Ukraine is one of the most popular options for European offshoring development, so let’s compare the stats of Europe to Mexico.

They are pretty comparable to Mexico in terms of cost (though they are slightly more expensive) and talent.

*English Proficiency metric is based on EF EPI report 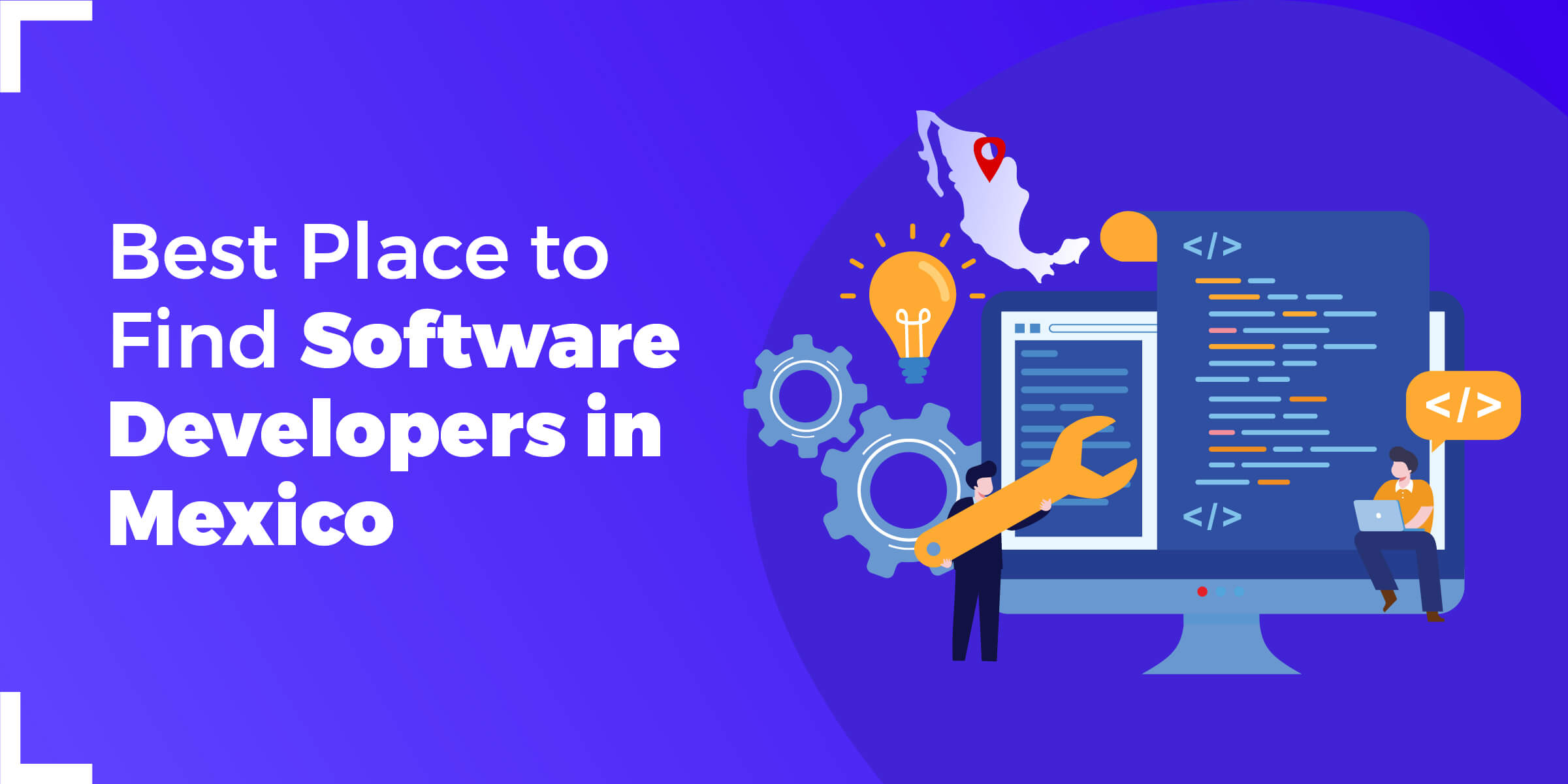 If you’re looking for the best software development talent in Mexico, Upstack is the best place to start.

A great benefit of using Upstack is that you don’t have to do the searching on your own and can trust the team at Upstack to provide great talent from Mexico without having to do to all the research yourself.

Since they hire the top 1% of all developers in the world (including Mexico!) and use AI along with a rigorous screening process to match clients with the best developers, Upstack is able to present to you a shortlist of qualified software developers in Mexico that fit all of your requirements to choose from.

Once you’re matched, you get 14 free days to decide if the software developer is a good fit.

Should I hire development talent in Mexico?

What are alternatives to nearshoring?

Some alternatives to nearshoring are offshoring to businesses in Europe and Asia.

What other countries besides Mexico can I find software developers?

Other countries where you can find software developers include India, the Philippines, Ukraine, and Romania.

What nearshore services can I use to find software developers in Mexico?

Upstack is a great nearshore service you can use to find software developers in Mexico.