International Freelancer Stereotypes: Where to Go to Find Help 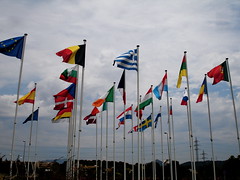 When it comes to hiring freelance writers, many entrepreneurs like to look overseas. International freelancers can provide services of fair to high quality at lower prices than what you will pay in the United States, or other developed countries.

Many entrepreneurs like to outsource some freelancing tasks to those in other countries to save on costs. And some countries have the reputation for being ideal for certain tasks. Freelancing stereotypes exist for a number of nations, and they form the basis for a starting point when you are looking to hire someone overseas for a specific function.

If you want more insight on where to go to find freelancers from overseas, and how they stack up in terms of price against the U.S. and other developed countries, Elance has some solid insight. The claim is that the average hourly rate for freelancers in the United States is $28, although it's possible to find workers for between $10 and $18 an hour without too much trouble.

If you are looking for information technology (IT) related help, India is often considered the go-to place. After all, there is a large population of educated workers. Software developers like SAP AG are looking to expand in India because of the talent. And, of course, if you are looking for freelancer coders and programmers, it's possible to fill those needs with freelancers from India.

Freelance tech support is also a popular stereotype associated with India. This is because many Indians speak English reasonably well, and are well-versed in technology.

Even though Pakistan is third on the list (with specialties in creative and IT) of freelancing countries on the Elance list, most of us don't think of Pakistan when we think of freelancers.

Plus, the average hourly rate for Filipino freelancers is $9. That's the lowest average rate of countries listed on Elance, and it's possible to find Filipino VAs willing to work for as little as $2 or $3 an hour.

Other countries that are considered inexpensive places to look for inexpensive freelancers include Bangladesh and those located in Eastern European countries like Romania and Ukraine.

If you are concerned about the work, though, you might be willing to hire overseas freelancers from more developed countries. Freelancers in Norway command an average hourly rate of $46, according to Elance, and you can get good work out of South Africa for $32 an hour. Indeed, when you compare freelance work from some of the other countries known for their advanced quality of life and educated workforces, the United States starts to look like a better deal.

Whether you’re a startup company that needs a strong brand identity or an online business looking to spruce up your visual identity, graphic design is a hot commodity. That’s not to say that graphic design is cheap...

Toptal is known for how heavily they vet their freelancers and are renowned for their reliability in providing the best freelance candidates for a variety of business services. But is Toptal the best option for finding...

How to Find and Hire a Zapier Expert

Running a business means having to use a wide range of different online tools and services. Sometimes switching from one program or tab to another can get frustrating, and whenever there are inconsistencies and you’re...

My Honest Review of Upstack – Is 1% Really Worth It?